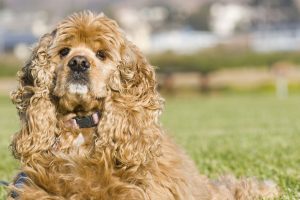 When it comes to dogs, they are always hungry. Something about their genetic coding makes it certain that dogs will never reach a moment in their lives that they don’t immediately try to wolf down any food in front of them, even if it makes them sick.

Unfortunately, this same instinct can also get them into serious trouble in a human household, especially with the number of human foods that are perfectly fine for people but are poisonous for dogs.

Bad Foods for your Dog to Avoid

Dogs are generally unable to digest chocolate at all without big problems. The regular candy is available in dozens of forms and gives off an appealing smell which dogs go for when possible. However, chocolate in most forms contains toxic ingredients to a dog, specifically caffeine and theobromine. The darker the chocolate, the more intense these ingredients tend to be. The reaction tends to be severe with vomiting, which in turn causes the dog to lose hydration. Cramping, discomfort and general body reactions will happen when enough chocolate is consumed. A large amount could trigger heart problems and death.

Milk and cheese products can have a component known as milk sugar in them. While most humans don’t have an issue with this, aside from lactose intolerant people, dogs have no related enzyme to break the milk sugar down in their digestion. Now, one can just imagine what happens with old milk when it goes bad. Basically, the same thing starts to happen inside a dog’s stomach. No surprise, the dog will start to vomit or, if enough passes into the gut, diarrhea is common too. The dog won’t die, but it will be a miserable experience both for the animal and the owner.

Onions actually impact a canine’s circulatory system, damaging the blood cells and causing them to clump. That, in turn, reduces blood flow which can be a big life-endangering problem for any animal or person. Garlic has the same effect because the herb is concentrated and is far more dangerous than an onion. Avocados attack a dog’s system in three ways: due to an ingredient called Persin, avocados cause stomach problems, breathing problems from lung fluid, and the fruit’s pit can clog the intestines.

One of the tricky things about human foods is that some human foods, like meat trimmings, can cause problems over time. Dogs do not consume fat very well; their digestion system has a big problem with it. Fat trimmings overload a dog’s digestion system with fat. Eventually, too much can give the canine both internal issues as well as weight and cardiovascular problems.

Macadamia nuts are extremely toxic, attacking the digestion, motor control and the dog’s nervous system. Grapes can cause severe and fast kidney failure in some dogs. In both foods the actual culprit ingredient is unknown, so it’s best just to prevent dogs from eating macadamia nuts and grapes altogether.

If you experience a pet emergency, don’t hesitate to contact us!