No this is not a new graphic design at the top of the page but twelve ticks all capable of spreading Lyme Disease. Do you believe you could have found these ticks in the hair of your dog, even in a short hair dog? To tell the truth without magnification I would not even see these ticks on my dog. 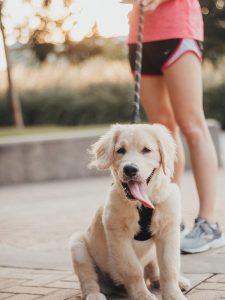 April has been designated as Prevent Lyme disease in dogs month. Most of us are familiar with the fact that there is an increasing number of cases of Lyme disease in people. Have you thought about your dog and Lyme disease? While it is not the most common tick-borne disease seen in southwest Missouri, the number of cases is increasing. This disease is actually caused by a bacterial spirochete, Borrelia burgdorferi, found in ticks. The deer tick has been most often associated with the disease, but in recent years it has become less clear if other species of ticks may also spread the disease since the black-legged tick is associated in humans.

The symptoms of Lyme disease are variable based on where the organism elects to attack the body. Typical symptoms are:

The most common symptoms are multiple joint-related problems followed by kidney failure. Often joint problems present as lameness in one leg that appears to get better in a few days giving the appearance of simple injury such as a sprain. However, the lameness will recur in the same leg or even shift to a different leg, which causes confusion. At other times, dogs appear to have back pain. Inflammation involving different joints is the reason the appearance changes. These signs which wax and wane cause extensive damage to the joints before the disease is diagnosed.

First-line protection for your pet from Lyme disease is excellent tick prevention. Isoxazoline preventatives such as Bravecto and Nexgard are safe and effective products available for use. Unfortunately, in areas of high tick populations, it is possible for an occasional tick to slip by this preventive screen.

For dogs in heavily infested tick areas or dogs that spend time running through the woods, tall weeds, and grass, we recommend a two-pronged prevention program.  First, use a tick prevention such as Bravecto and Nexgard.

Secondly, Lyme disease vaccine. Vaccination for Lyme disease has been available for over twenty years and is a safe addition to your preventive program. Lyme disease vaccine is not a standard vaccine given to every pet, but an additional vaccine to those pets at risk. It is important that you make the veterinarian aware of your dog’s risk.

If you have questions or need more information please call us, asking to speak to Tori or Lacey, our customer service representative about Lyme Disease.