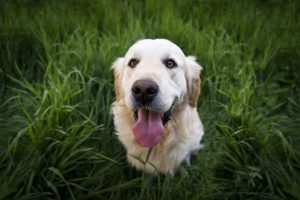 November 7 has been designated as National Canine Lymphoma Awareness Day. It was established by Terry Simons, agility trainer and competitor, after his dog Reveille suffered from this terrible disease. It began in 2015 with the goal of educating and helping other pet owners understand the disease.

Lymphoma is the most common malignant cancer affecting dogs. One in fifteen dogs will be affected in their lifetime. Breeds such as Airedale, Basset Hound, Boxer, Bull Dog, Bull Mastiff, Saint Bernard, and Scottish Terrier are at higher risk for developing lymphoma. However, there is no breed of dog that is not at risk for lymphoma. While lymphoma is often associated with enlarged lymph nodes, cancer may affect any organ in the body. The classical picture of lymphoma is an enlargement of many lymph nodes. However, sometimes there will be a single lymph node enlarged. In other cases, there may be no lymph node enlargement externally, but cancer can be found in other organs such as the digestive tract, liver, or heart. Lymphoma may show up anywhere in the body.

The symptoms of lymphoma vary and are unpredictable. Dogs with classical enlarged external lymph nodes may show few signs at the beginning, other than enlarged nodes. Others may have enlarged swellings, weight loss, appetite loss, vomiting, diarrhea, difficulty breathing, non-healing sores, or decreased activity. This variety of signs makes various tests necessary for accurate diagnosis.

Individuals with external nodal enlargement may be diagnosed through acquiring a tissue sample and microscopic evaluation of such. Other forms may be more difficult to diagnose. They mimic other diseases which require extensive diagnostics, even exploratory surgery. 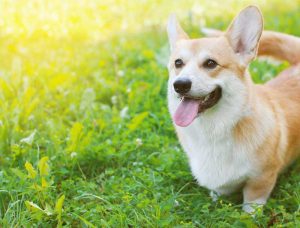 There is a small group of dogs that have gone into remission for years. The word “chemotherapy” often carries a negative response from dog owners because of their knowledge of human medicine. Dogs, however, tolerate chemotherapy better than people. In addition, the doses of medication are lower than those used in humans, so there are fewer reactions. This helps maintain a good quality of life for the patient.

One of the biggest hurdles in treating these dogs, aside from our personal reaction to chemotherapy, is the expense. Sometimes Prednisone, which is inexpensive, is used alone as therapy. It is not chemotherapy. Initially it is very impressive, completely resolving all clinical signs and returning dogs to near normal. Unfortunately, this is a short-lived response lasting one to three months. Also, using prednisone alone to treat cancer actually makes cancer more resistant to responding to other chemotherapy. Prednisone should only be used as a single agent if true chemotherapy is absolutely not an option.

Recently the FDA has given full approval to the use of Tanovea for treating lymphoma in dogs. Tanovea reduces the treatments required, reducing the potential for side effects while maintaining good results.

Currently, lymphoma is not curable, but it can be managed to give you more quality time with your dog. One day, this information will be obsolete. I look forward to that day!