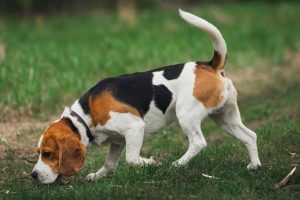 The Beagle’s origin is unknown! They are an ancient breed that dates possibly to about 55 B.C. when the Romans arrived in Britain. They were officially recognized as a breed in 1885 when “Blunder” became the first Beagle registered with the AKC. No matter the origin, they were bred for hunting as scenthounds and foothounds. Scenthounds are breeds that have a well developed olfactory system (sense of smell). They are able to detect a scent of their prey and stay on the trail which makes them an excellent tracker. This was very important to people when hunting for their daily food was a necessity. In addition, they were foothounds, which unlike many hunting dogs that run and require a horse and rider to keep pace, the Beagle could be trained to wait on his master who was coming on foot. Of course, this was important for the average man of that day who could not afford a horse. Today, they are still used by hunters, especially to hunt rabbits.

Beagles have moved beyond being a hunting dog to become part of our family. Beagles continue to rank as one of the most popular dogs according to the AKC. Although they are small, rarely do they become a “couch potato.” They were bred for endurance and stamina to chase their prey for hours. They require a lot of exercise daily, preferably at least one hour. Unless you have trained your pet to come to voice commands and to stay within hearing range, never take your Beagle walking without the leash. Untrained Beagles are notorious for finding a scent with their nose to the ground and becoming separated from their family. Unfortunately, over the years, such a heart-breaking experience has occurred to some of my patients.

The Beagle is a social animal, having been bred to work in packs. They love to be around other dogs and people. Social behavior is desirable, but can be problematic if they have to be left home alone for extended periods of time. This leads to separation anxiety which in turn results in rowdy and destructive behavior. They do not simply need social interaction, their behavior demands it!

Beagles bark just as any other dog. However, their ear piercing sound is remarkable. As a hunting dog they worked in a pack to chase their prey. Once they located it, they would “bay” to let the hunter know the location. This is a highly desirable trait for a hunting dog. However, when they see a squirrel in your backyard, your neighbor is less likely to appreciate their success.

Beagles are great pets! Their size and antics are admirable. Remember that they do require a commitment of time and energy to help maintain their health. Enjoy your choice! 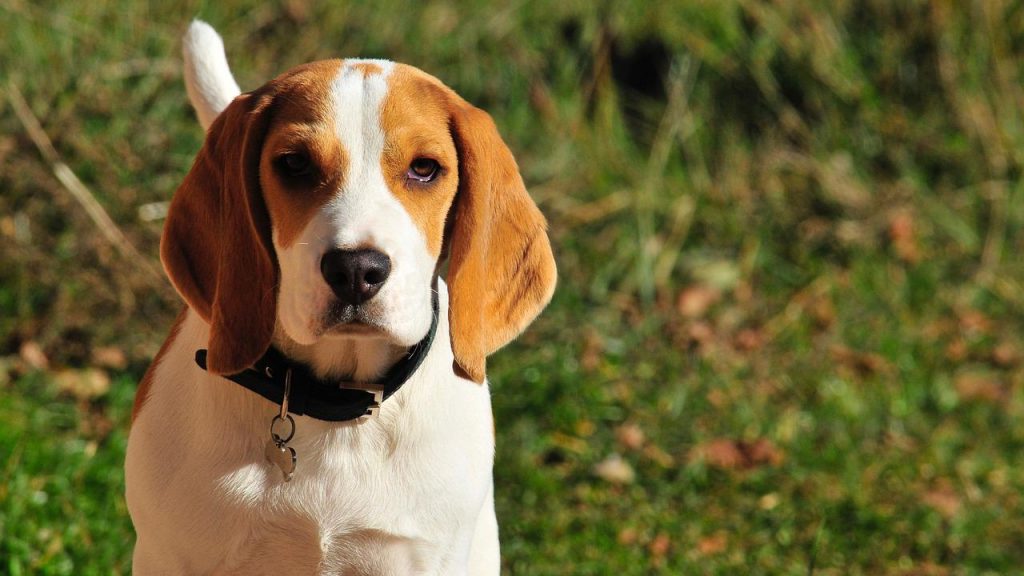