At fourteen weeks of age I thought I could fly! Wrong! As I tried to fly off the bed, I landed in a disaster. I’m Mikko and I have broken my front leg. Unfortunately, as a male Yorkie, I am powerful, but not a flying squirrel. I visited my local veterinarian who referred me to Cornerstone for bone surgery.

On arrival, my radiographs were reviewed, then I was examined. I had broken both my radius and ulna (both foreleg bones) just above my carpus (wrist). While one option was using a metal plate with screws to repair the bones, they were concerned my young age, with soft and developing bones, that the screws for the plate may not stay in place. After discussing options, it was decided to set the bones in place and use a stabilizing splint on the leg.

Under anesthesia, the bones were set and stabilized with the spoon splint. I had to wear the splint for six weeks. Once a week the splint was checked to be sure there was no slippage and to repair any damage I did to the splint dressing during the week ( a great chew object). After six weeks, radiographs revealed my bones had healed. Yay! The splint was removed and I was allowed limited activity for two weeks. Afterwrd, I was released to be my crazy self- but no more flying! 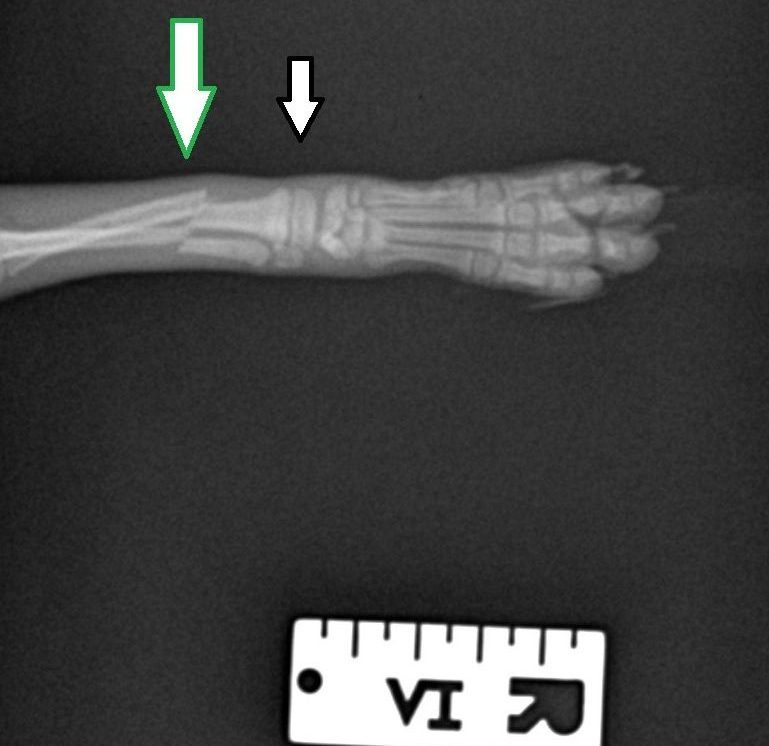 Complete fracture of the radius and ulna (Large Arrow). The physis is often mistaken as a fracture but actually the growth plate which allows the bone to grow in young dogs. 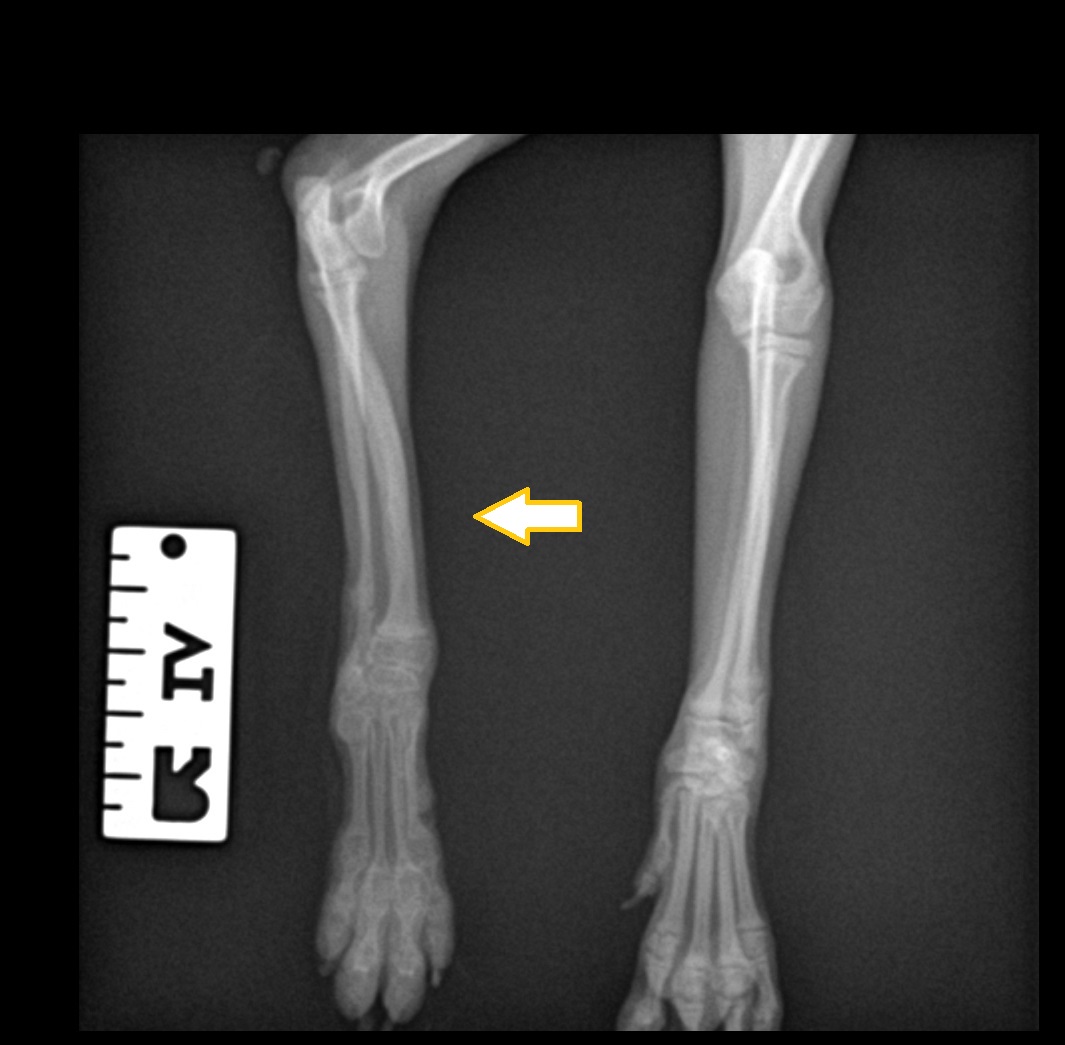