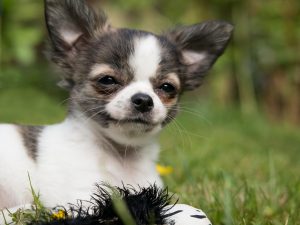 The Chihuahua is often recognized as the smallest breed of dog, ranging in size from six to nine inches tall and having a normal weight of two to six pounds.

Chihuahuas were named after the Mexican state of Chihuahua where they were discovered in 1850. Americans visiting this area fell in love with these small dogs and soon they moved to the United States with their new friends. The breed was officially recognized by the American Kennel Club (AKC) in 1904. Since the 1960s, the Chihuahua has been one of the most popular breeds registered by the AKC.

What Chihuahuas lack in size they make up for in their feisty, energetic nature. This is often to the point of aggression with strangers and other animals. These tiny lap dogs are very loyal, affectionate companions that often bond to one person. They love to be close to their masters, and follow them from room to room or travel in a tote when it’s time to run errands. Their mannerisms soon change when approached by strangers or other unknown dogs. They will often attack a large dog without hesitation and without thought of size. This requires vigilance by the master.

I have worked on hundreds of Chihuahuas over my veterinary career. While many were very easy to handle, there were many others that would attack my hand without hesitation or warning. Now, every new Chihuahua patient is considered aggressive to my hands until proven otherwise.

While I have many dog stories, one of my favorites relates to a Chihuahua I treated in my first year of practice. When I arrived at the practice, the attending veterinarian transferred me a Chihuahua patient reportedly twenty-one years old (the oldest dog I have ever treated) which belonged to an elderly gentleman. The dog had a chronic skin problem that required monthly injections.

This dog, in spite of having only two teeth, had a terrible reputation of aggression, with no one able to handle except the owner. Unfortunately, the owner had a stroke that affected his arms so that he could barely hold the dog and definitely could not muzzle the dog. Every month I tried to sneak up on the dog and quickly give the injection while the owner held the dog. No matter what I did or tried, those two teeth managed to snag my finger or hand. At that point in my career, I was convinced the dog lived to be able to use my hand as a chew toy. I learned that the dog was still alive after I moved away the next year. I hope the next veterinarian had faster reflexes than I.

If you want feisty, choose this dog as your pet! 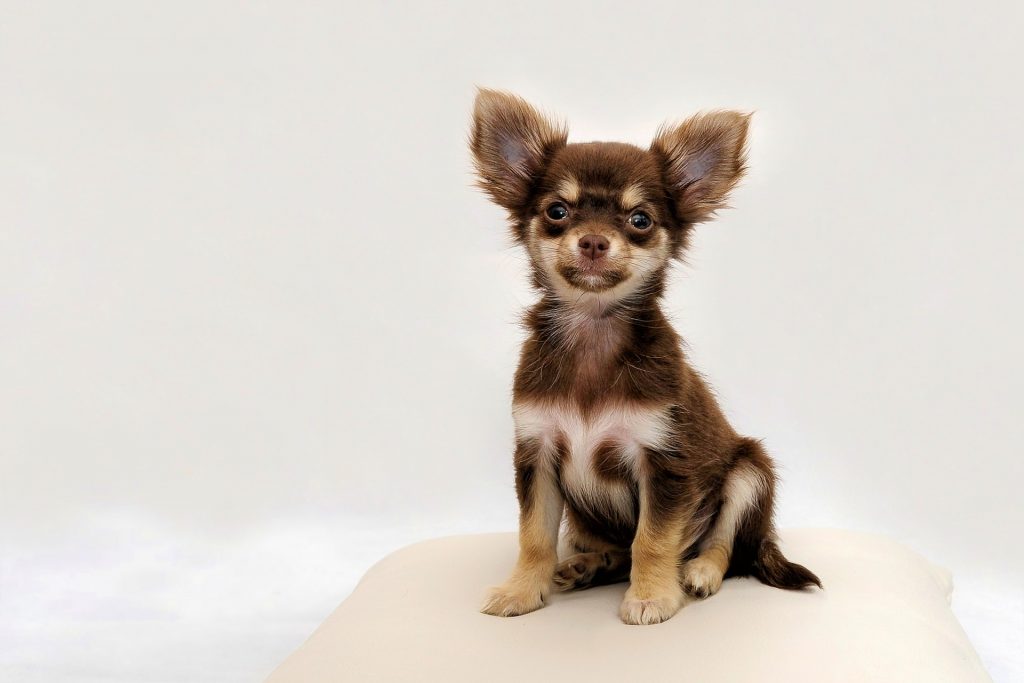