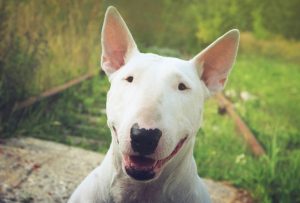 Bull Terriers have unique heads! They have an elongated, egg-shaped head with small, erect, pointed ears and triangular eyes, which are the hallmarks of the breed. They are known for their strength and power. The history of the breed points to development during the 1860’s by crossing an English White Terrier and the Old English Bulldog. The Bull Terrier was developed to increase the speed and dexterity of the Old English Bulldog. The goal was also to create an improved fighting dog. The bloody sport of fighting dogs with other animals dates this breed to 1800’s England. While looked upon today as inhumane, dog fighting was just as popular as it was to race horses back then.

The Bull Terrier of today is an independent and stubborn sort. While they are normally considered to have an unpredictable temperament, they are just very protective of their food. When trained with animals and people from an early age, allowing them to become well socialized, they are usually a perfect pet. Their personality is described as fun-loving, energetic, and very loyal although stubborn. They are considered to be good with children by many families. Others argue that because of the stubborn nature and aggression over food, they are unsuitable for an inexperienced dog owner. Such controversy could only be decided by personally knowing the dog.

They have also been the target of breed banning legislation. Many local laws have been instituted causing headaches and ill feelings in many municipalities. Sadly, frightening stories of a single animal’s misbehavior can cause a torrent of ill will. Temperament studies have not shown them to have any significant differences to the Golden Retriever.

Who couldn’t love a pet that looks like Petey from “The Little Rascals?” 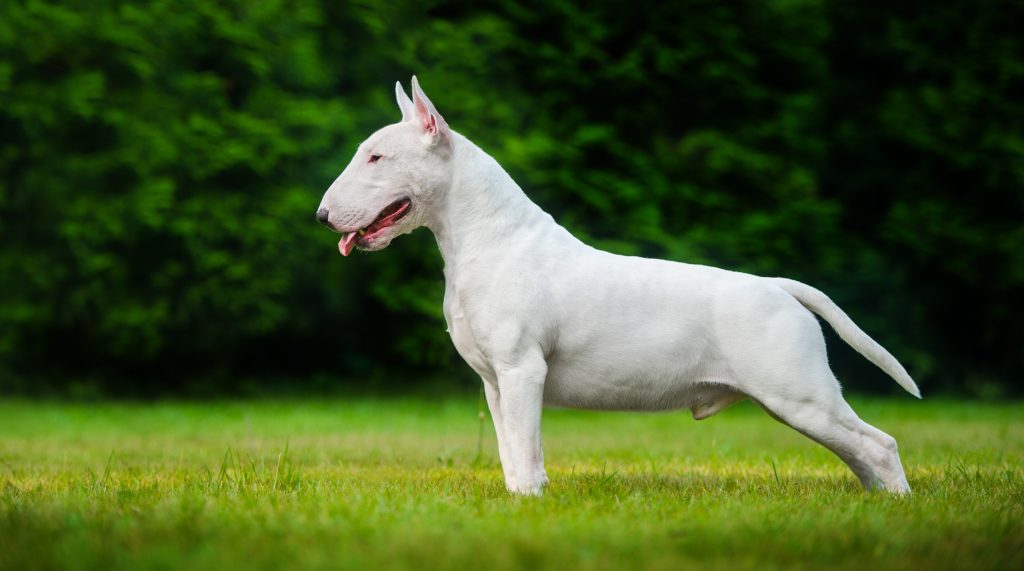