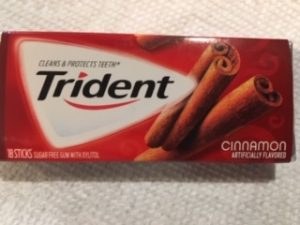 There are may poisons and toxic products around the house and garage. Chocolate being toxic to dogs is well known. Chocolate of course, is a major problem. However, let’s talk about a couple other everyday items that are less known.

Xylitol is a sugar alcohol used as a sugar substitute in many products, common in chewing gum and candy, consumed by humans. These harmless products, even in small quantities, may be deadly to furry friends. The safety margin is quite small. The toxic dose is 0.05 grams per lb of dog. The average single piece of sugarless gum contains 0.3-0.4 grams of xylitol. Therefore a single piece of gum may kill or seriously cause toxicity in any dog under 10 pounds.

Xylitol causes a rapid drop in blood sugar within 10-60 minutes after ingestion. At higher doses, xylitol causes liver necrosis ( destruction of the liver cells), which in turn causes liver failure.Your dog may exhibit any combination of the following clinical symptoms: vomiting, weakness, staggering, collapse, and seizures followed by death without medical intervention.

The number and type of products is increasing all the time. Nearly all sugarless gums contain xylitol as well as many breath mints. Other products that contain xylitol are baked goods, cough syrup, children and adult chewable vitamins, mouthwash, and toothpaste, over the counter medicines, dietary supplements, sugar-free desserts including ice cream and some peanut butter. This last one is a growing concern because for years many veterinarians have recommended the use of peanut butter as a safe medium to disguise pet medication. 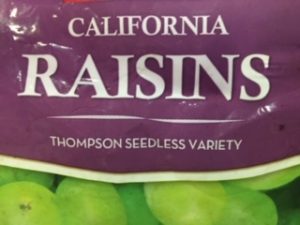 Raisins and Grapes are higly toxic to the dog. They are recognized as a serious problem in the last few years because of the rapid kidney failure and leading to death. A single raisin in a five pound dog may cause renal failure. How many raisins are in a box? In reality, for volume consumed, they are more toxic than cholocalate.