I have a story to tell you. My name is Joey. I’m a black and white kitty and I love to slip out of the house and spend the night outside. One day last year, I was outside all night! When I came in, I had clearly been hurt. I didn’t want to eat and my leg hurt. My family tried to figure out what had happened and made a lot of guesses, but only I could tell the story correctly( so don’t you try to get it out of me either). Ultimately, it was obvious I couldn’t use my right back leg. I couldn’t stand the pain of trying to stand on it, and besides that, it flopped any way it liked, not the way I wanted it to go. I was sooooo unhappy. I had managed to break my leg; it was ugly and PAINFUL!

Fortunately, my Mom knew I needed to go see my doctor-friend at Cornerstone Animal Hospital. Radiographs (x-rays) of my leg revealed I had broken my leg in the middle of my tibia- my calf bone. They said many fractures could be treated with a cast or a splint, but not mine. I needed to go to bone surgery. Ugh…

More bad news… during surgery another fracture was found in the bone that was not fully visible on the radiographs. The surgery required a pin to be placed inside the bone cavity. Wires were then placed around the bone to help prevent any rotation and complete stabilzation. My leg should work like new. Sounds like a painful procedure but it was really not too bad. They have good pain killers there! I was kept on a constant flow of pain medication during the first 24 hours to prevent me from feeling any discomfort.

The next day I was able to touch my toes down to walk almost normally. I was released to go home. I was not happy with my instructions at home though. No running, jumping, climbing, bouncing, or horseplay. My life was ruined! I had to be confined to a small area, and for SIX weeks. How would I be able to endure this? Well, I did. Six weeks passed and I indeed had cabin fever- more like a caged tiger with a big ROAR instead of the sweet kitty named Joey.

More radiographs were taken to make sure the bone was healed. Yippee! My leg was healed, and I could go run and jump again. Wait! What? They were going to remove the pin…oh no, another surgery. However, it turned out to be super simple. They made a small cut in my skin to remove the pin and I was set. I was released to go and I could not believe it. At last, I was sent home with limited activity for just one more week. I could do this. After a week, I was released to do whatever I wanted to do. Trouble now is that my Mom has Eagle eyes- always watching for me to scoot outside, but I am waiting patiently. It will come! 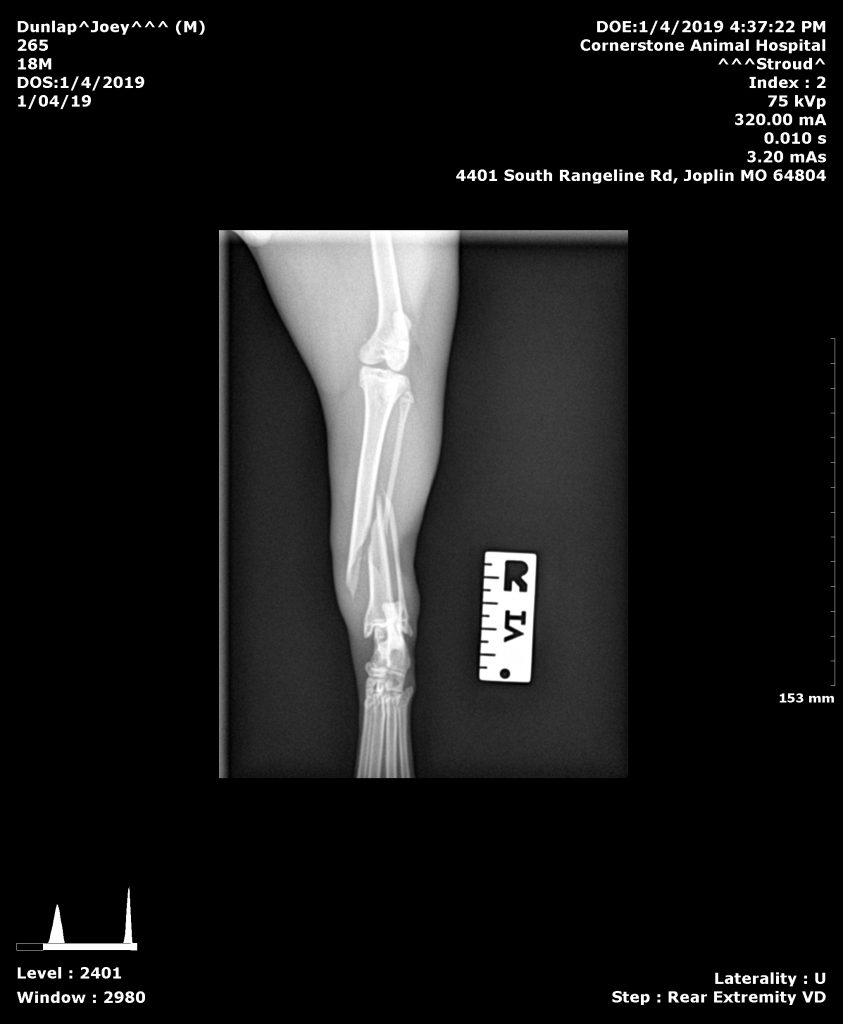 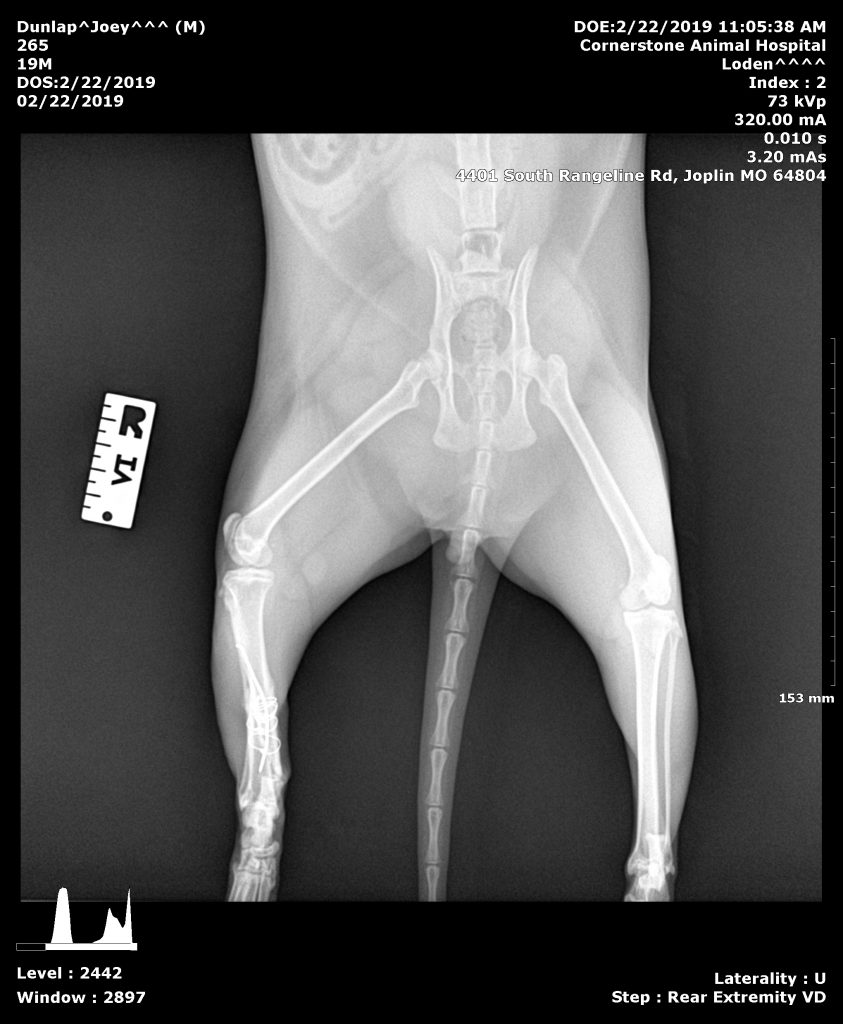